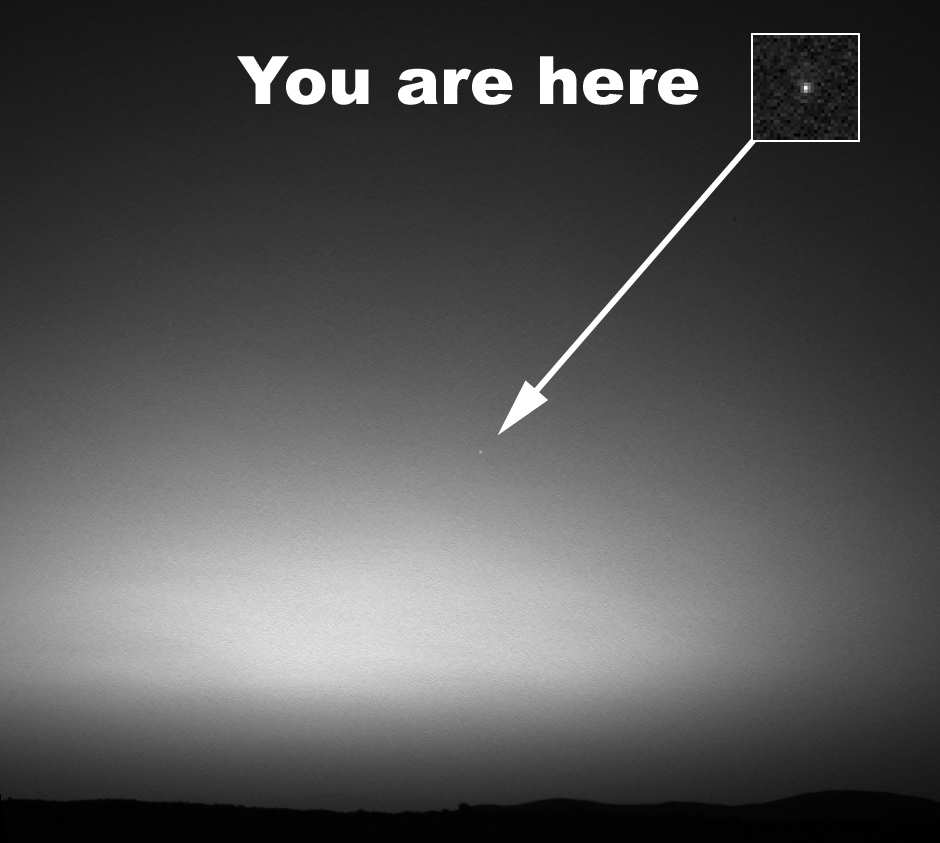 This is the first image ever taken of Earth from the surface of a planet beyond the Moon. It was taken by the Mars Exploration Rover Spirit one hour before sunrise on the 63rd Martian day, or sol, of its mission. (March 8, 2004)